The Python activity pack has been made open-source. Feel free to collaborate on our Github repositories.

The purpose of this pack is to enable you to invoke Python scripts and methods in any workflow directly from our product. You can also pass input arguments to the invoked code, as well as retrieve the output data generated by the activities.

The Python Scope container activity connects to the Python environment installed on the machine and enables you to use the rest of the activities within itself.
The PythonObject variable is specially designed to handle and manipulate Python data. By using the Load Python Script activity, you can easily assign the code from any file containing a Python script to a PythonObject and you can also convert it to a .NET data type by using the Get Python Object activity.
With this powerful variable at hand, you can run scripts, extract .NET types or invoke Python methods by using the dedicated activities for each of these tasks.

To exemplify how to use this activity pack, we have built an automation process to invoke a Python script which defines two operations, Add and Subtract. One of the methods, Add, is then called from the script and given a list of integer variables as input parameters. The result, stored in a proprietary PythonObject variable, is then converted into a .NET datatype to be further used in Studio.

The Python version you want to use has to be installed on the machine you want to run the process on.

This is how the demo can be built: 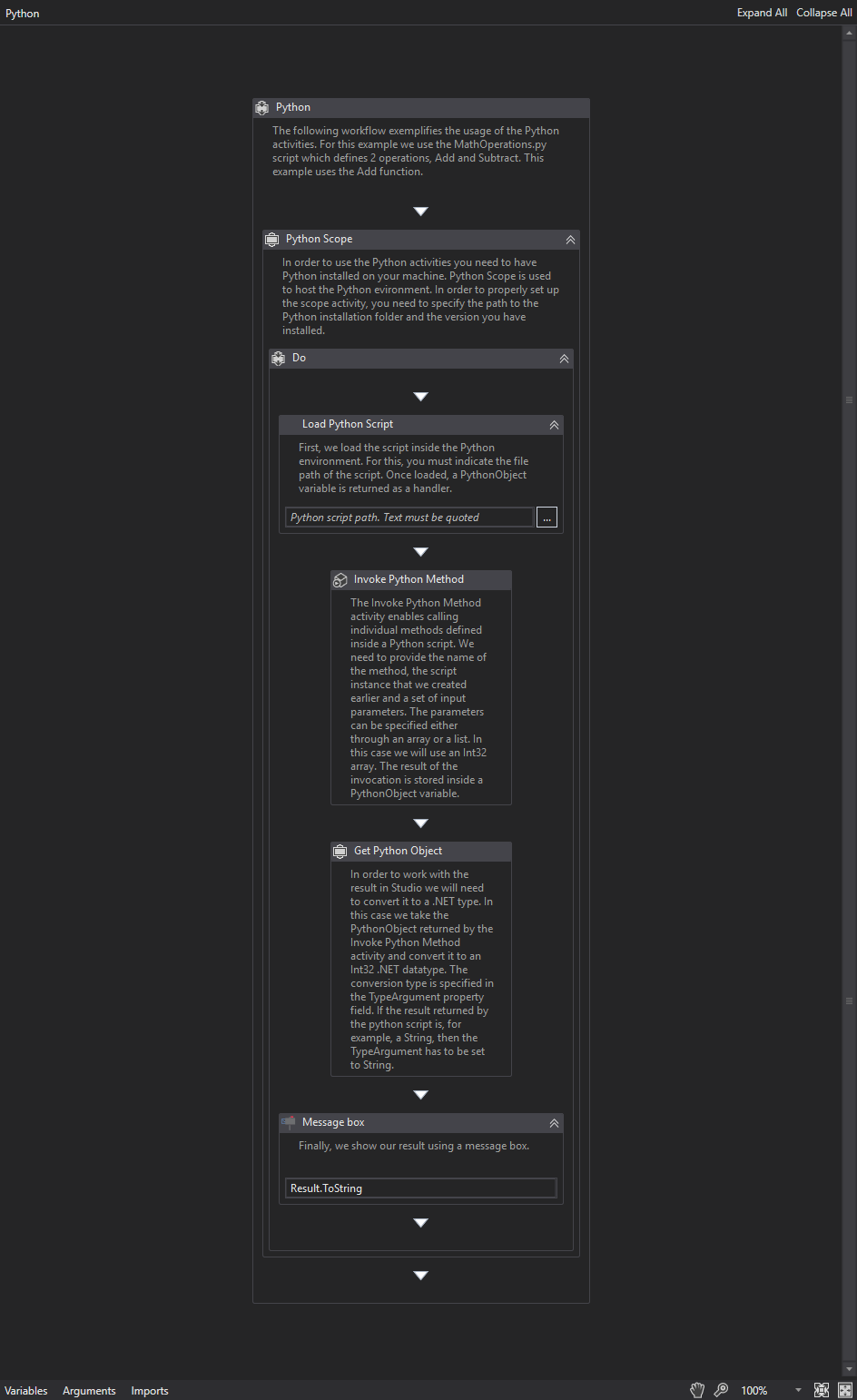 You can download the project and all its additional files here.